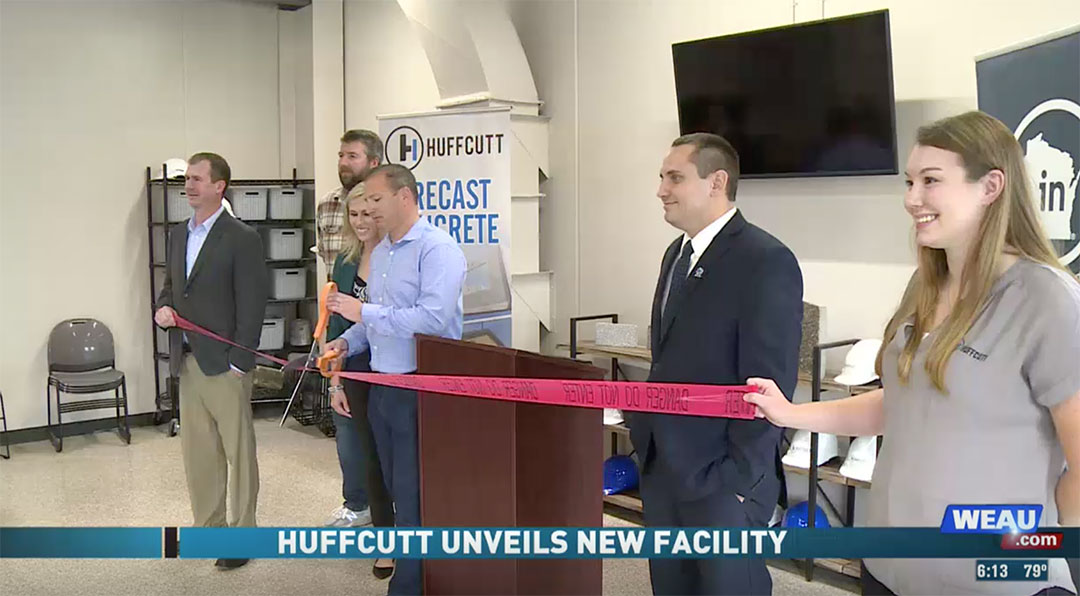 CHIPPEWA FALLS, Wis. (WEAU) – There was a ribbon-cutting ceremony for a company that is opening a new facility, which will create 150 new jobs in the next five years.

Huffcutt Conrete LLC has opened a new facility in Lake Hallie, which was a $20 million project.

Wisconsin Economic Development Corporation says it is supporting the project by authorizing up to $1.25 million in state income tax credits over three years. The actual amount of tax credits Huffcutt will receive is contingent upon the number of jobs created and the amount of capital investment during that period.

WEDC also says the new facility will be a 77,000-square-foot, highly automated concrete wall panel production plant. The company purchased 10 acres adjacent to its current facility in the Village of Lake Hallie for the development.